Paper pom poms are all the rage lately. No wonder. They’re pretty, inexpensive and easy to make. (That’s what people are saying, anyway. I haven’t attempted to make them myself.)

Planet Mithi made Martha Stewart paper pompoms for her wedding. And here’s what she had to say about making the paper pom poms:

in colours that I wanted to make at least 50 of them! 1 is easy; 50 is a bit more demanding … It took me a whole day and a half of solid work to fold and tie them up.”

Here’s how they looked: 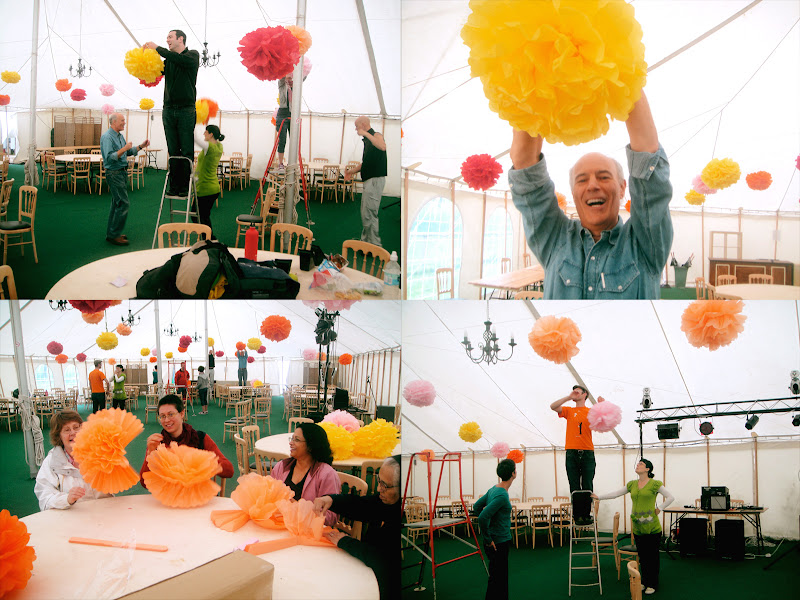 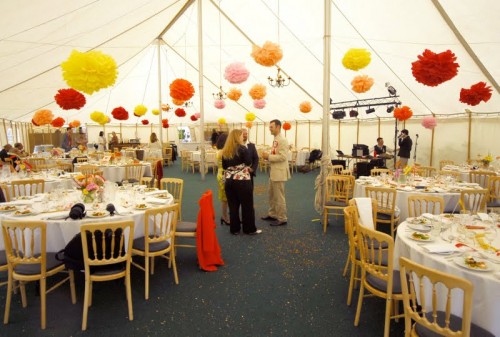 DIY paper pom poms on vines are also an attractive way to dress up the outdoors for a garden wedding. 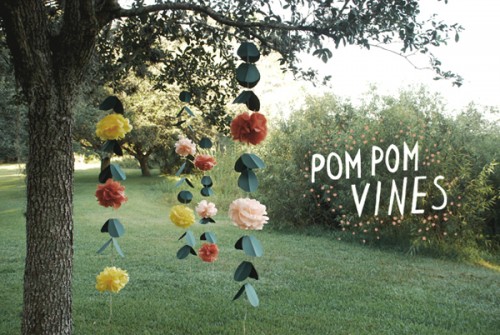 Wouldn’t these be a fun DIY project for a backyard wedding? There is a pom pom vines tutorial over at OnceWed.com. 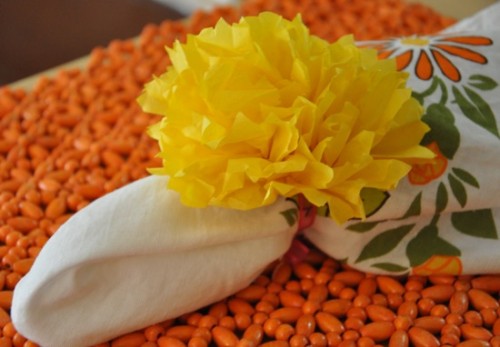 You can learn to make these pom pom napkins over at YumSugar.