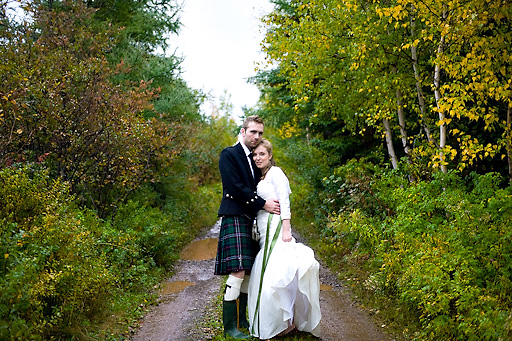 Wedding Ceremony Location: We had record breaking rain the week before the wedding which included the day of the wedding so we had the ceremony in a beautifully decorated reception tent on Uncle Bill’s and Aunt Sally’s farm.

Wedding Reception Location: In the  same tent as the ceremony.  Everyone sat at their assigned seats during the ceremony, which worked out well for the reception because everything was already set up.  The caterers didn’t need to move anything which I am sure was great for them.  It also let the guests have time to mingle (and eat fresh Atlantic salmon and champagne) they didn’t have to go anywhere. 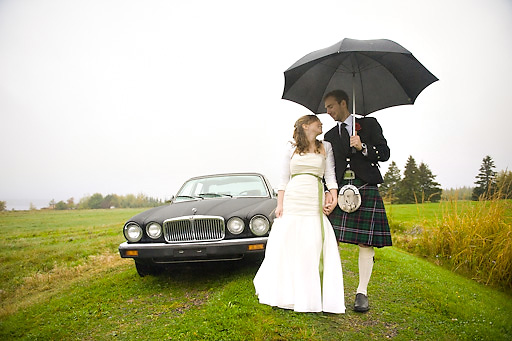 Why did you have an intimate wedding?

Well, the first reason was that we wanted to have it in Wallace at the farm which is a very special place for both of us. However, the farm is well off the beaten track so we knew that only a few people, the people who were very close to us, would be able to come.

Second, because we were married on Canadian Thanksgiving weekend we really wanted to have the feeling of a family thanksgiving in the country and the intimate number of family and friends really made it feel special. 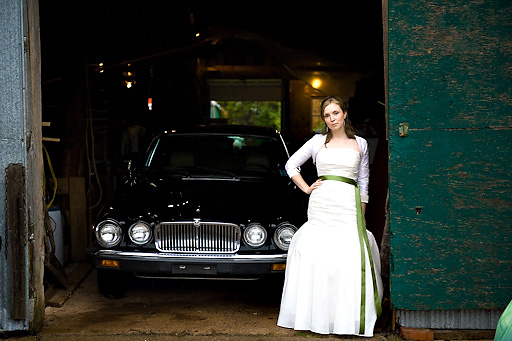 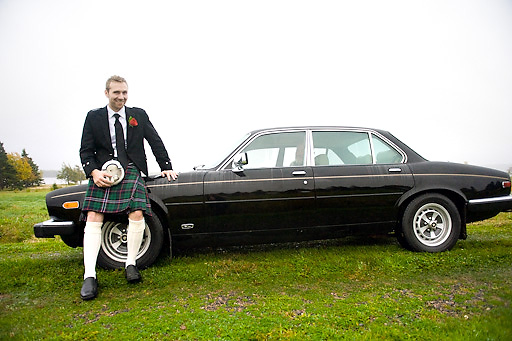 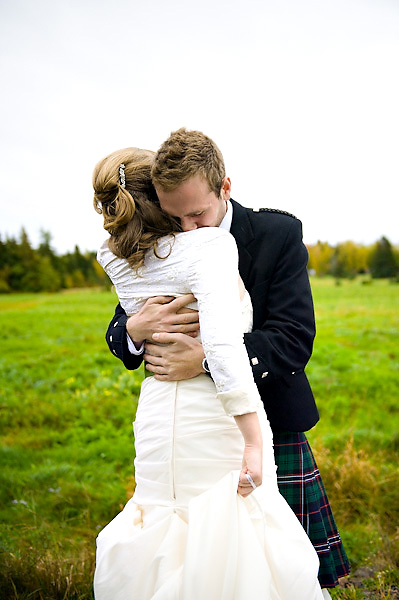 What are some the challenges that you faced planning an intimate wedding?

When you have so few guests everyone who is invited has a larger impact on the wedding. When people don’t show up or if they bring extra guests it throws things off more so than it would in a wedding of 300.

In the planning, because it was an intimate wedding, it was a big goal to make everyone feel included. This was a challenge because the people who had to sit farthest from the bridal party were still very close family and friends. We came up with a non-traditional table layout to try and make everyone feel as included possible and we think it worked really well. 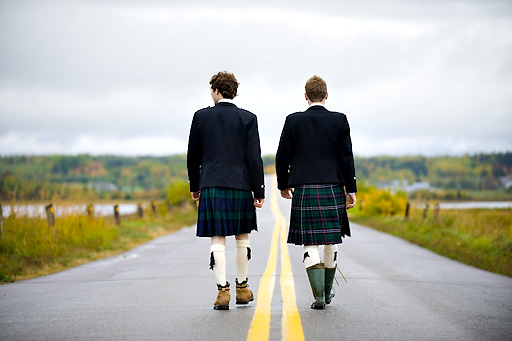 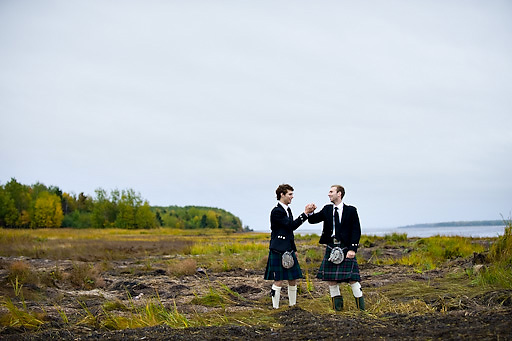 Was it difficult to pare down the guest list?

Yes and no.  The first thing that we did was sat down and wrote out all the people that are close to us in our lives and we had the bulk of our guest list. Because of where we were having the wedding it wasn’t as difficult to keep numbers low. It was still difficult when it came down to inviting only a few friends and leaving out the friends that we hadn’t spoken to in a few years. 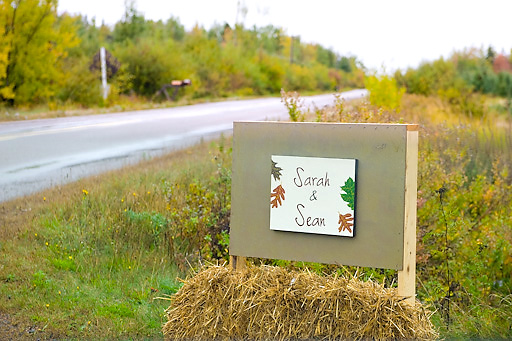 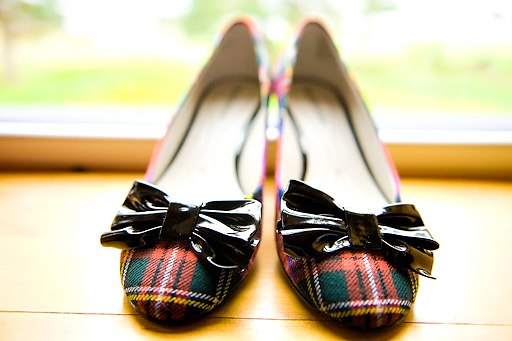 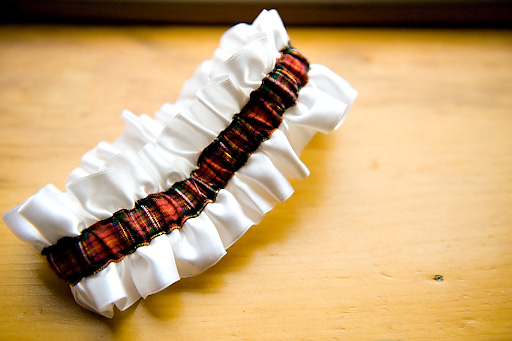 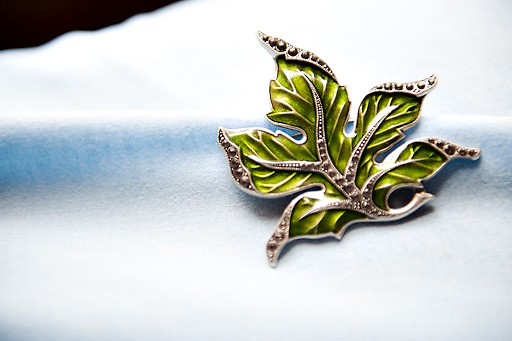 Did you have any ‘issues’ with the small guest list from friends and family? If so, how did you address them?

Again, because of the location and the focus on a family Thanksgiving, the family members that we are in touch with were all invited.  There were some friends that were sadly left out, but mostly that was because of the traveling distance. Everyone seems to have been very supportive of the type of wedding we were going for. 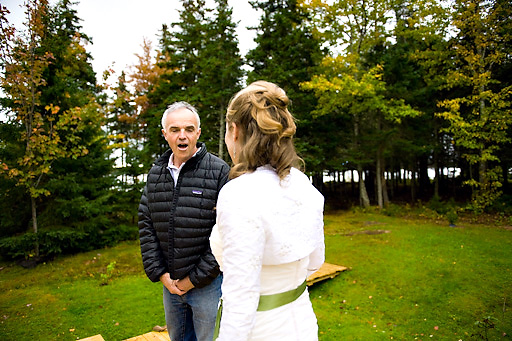 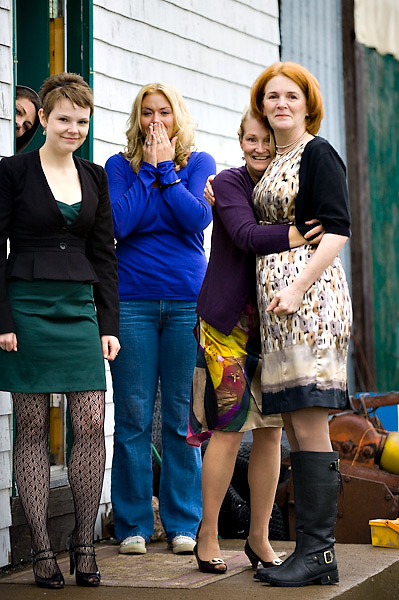 What were the highlights of the ceremony?

It was absolutely pouring during the ceremony which could have been a disaster because we were initially planning for an outdoor wedding ceremony but had to retreat to the tent for the ceremony and the reception.  In the end, having the wedding in the tent with everyone close and the rain beating down on the canvas made it an extremely intimate event for everyone.  Apparently there wasn’t a dry eye… we say apparently because we were so wrapped up in each other we didn’t notice anyone else’s tears.

Also we had Sarah’s father, who is a justice of the peace, do the ceremony adding to the intimacy of the experience for everyone.  My father also played the bagpipes while we signed the register and immediately had everyone clapping and stomping their feet, it was a perfect ending to the formality of the ceremony and a great introduction to the care free casual reception. 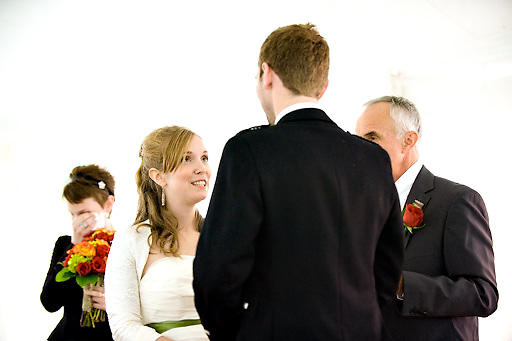 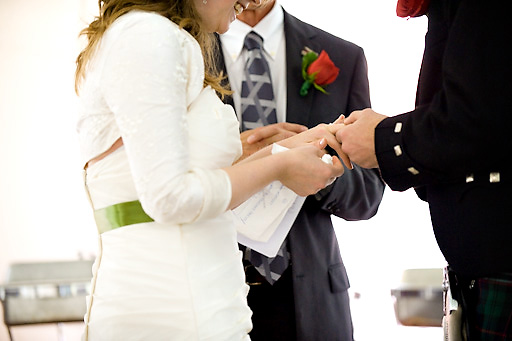 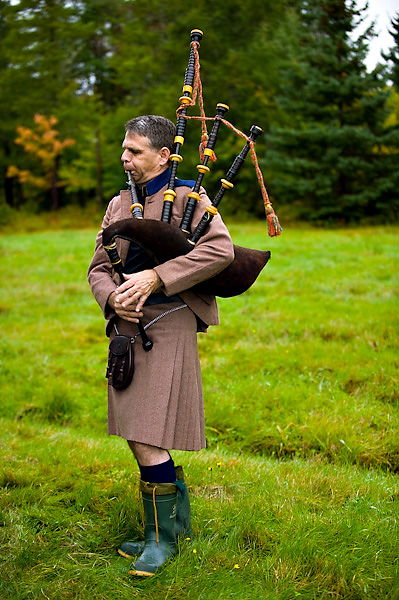 What were the highlights of the reception?

The whole reception was one big highlight, it was more than we could ever have hoped for!

The food was wonderful! We had Halifax based Scanway Catering prepare a traditional Thanksgiving dinner with all the trimmings and it was fantastic! Everyone raved about it and we ate leftovers for days.

We had an open bar and put together our own play list (which took weeks!) with the help of family, and ended up with an awesome dance party that went until 3 am.

One of the highlights, because it was raining so much, was seeing everyone on the dance floor in rubber boots, formal wear and just having a really great time.

For me (Sarah) getting out of my wedding dress and into my jeans and rubber boots to dance all night with my new husband was a great moment!  Also, dancing with my father to the Beatles ‘In My Life’ was wonderful. There was a mix up with the speakers so the lyrics were cut out and all we heard was the instruments. Everyone thought we would be disappointed by this but my Dad and I just sang the song to each other.

Oh yeah, the massive fireworks display put on by Uncle Bill was definitely a highlight even though it had to be postponed until after it stopped raining. 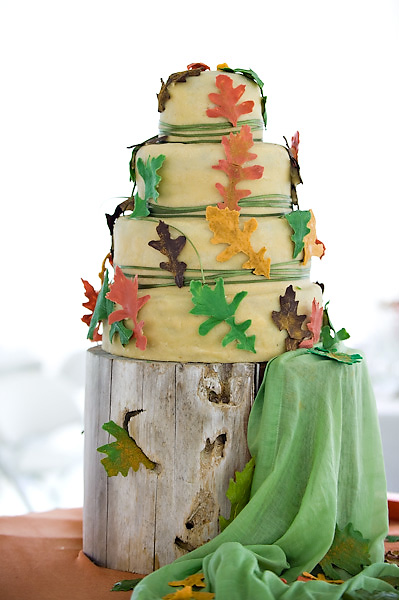 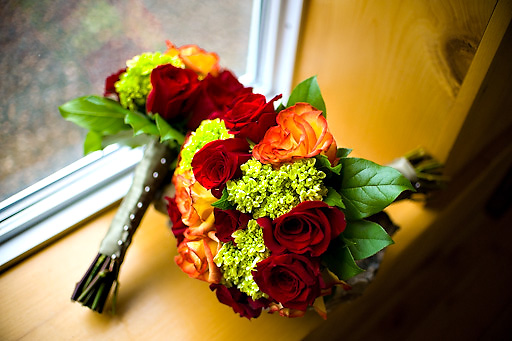 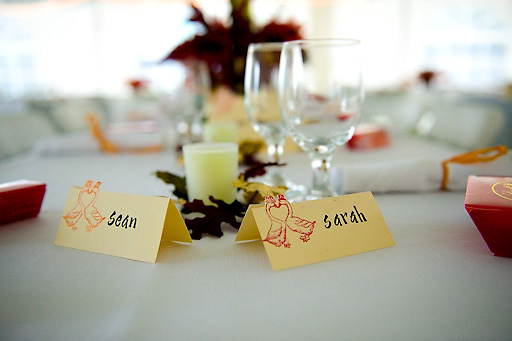 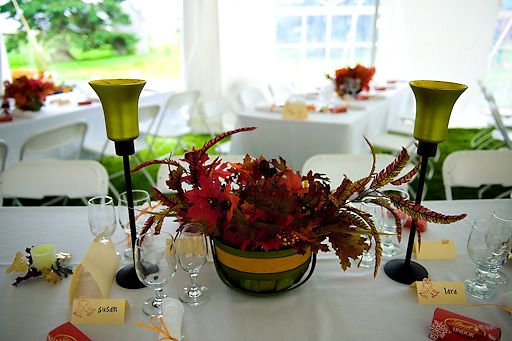 What was the best thing about having an intimate wedding?

Because it was only close friends and family, almost everyone showed up early to help and people worked hard to make the wedding very special. Also, because it was a small wedding, at a family farm, on a long weekend we ended up having a three day party and a wonderful chance to really spend time with our friends and family. 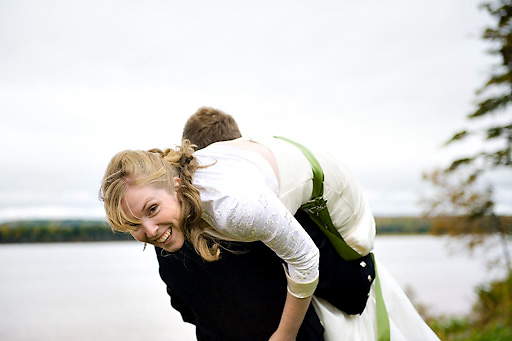 What advice do you have for couples who are considering an intimate wedding?

Do it! But find some way to constrain your guest list. We decided very early in the process that we wanted an intimate wedding so we ordered a tent that would hold no more than 75 and it really helped us keep the wedding small and intimate.

Also, even though it’s difficult, really remember that it’s your wedding and even though you might hear about it later, this is the only day you get so make sure the people who are there are the people you really want to share it with. 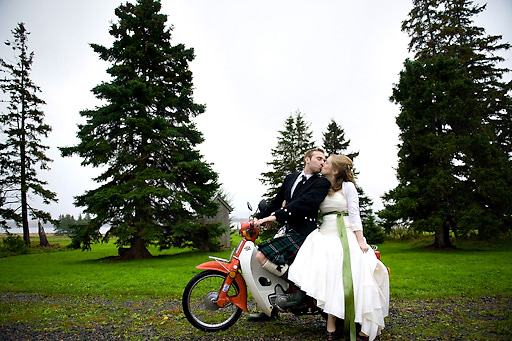 Almost all of our vendors were based in Nova Scotia, Canada.

Food and Beverages: Scanway Catering did a fantastic job, the food was great! The Wallace Volunteer Fire Department provided bar service and a drive home service in return for a donation, it was great to support their organization.

Wedding cake: The beautiful cake we had was made by our cousin Sawa Rostkowska as a wedding gift and it was a work of art.

Flowers: The flowers came from Dean’s Flowers and were gorgeous. Our family did most of the site decoration using the colorful leaves found around the farm house.

Tent: The tent was from Commercial Tent and they also provided all the chairs, linens, flatware, glasses, and tables. They were great to work with and made things very simple.

Hair and makeup: Mon Repos Day Spa in Tatamagouche, Nova Scotia. We had a great time there.

Wedding Photographer: We were lucky enough to have Gwyneth Colleen, based in New Hampshire, do our photographs.  She was able to capture the beauty of the surroundings and the emotion of the wedding perfectly.  The level of professionalism was incredible, whether it be sliding down rocky slopes, standing knee deep in a muddy ditch, hiking through seaweed or running around in the pouring rain all with a ‘fly on the wall’ technique where we didn’t even know she was shooting.  We will treasure the photos she took for the rest of our lives.