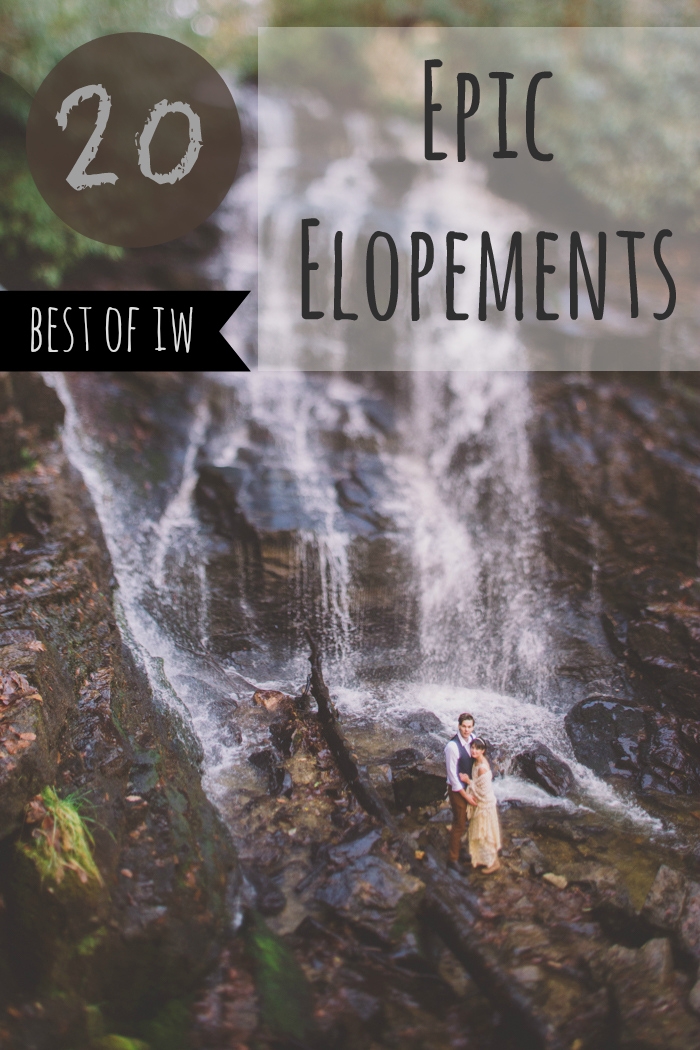 To celebrate some of our favorite elopements from 2016, we’ve complied a list of 20 of our faves. We hope you enjoy them as much as we have! (Click on the photos below to view the entire weddings.)

Jason and Elizabeth had a heartfelt ceremony at Nashville’s Riverwood Mansion. According to the bride, the elopement was planned during Jason’s deployment. (Photographed by Jenna Henderson.) 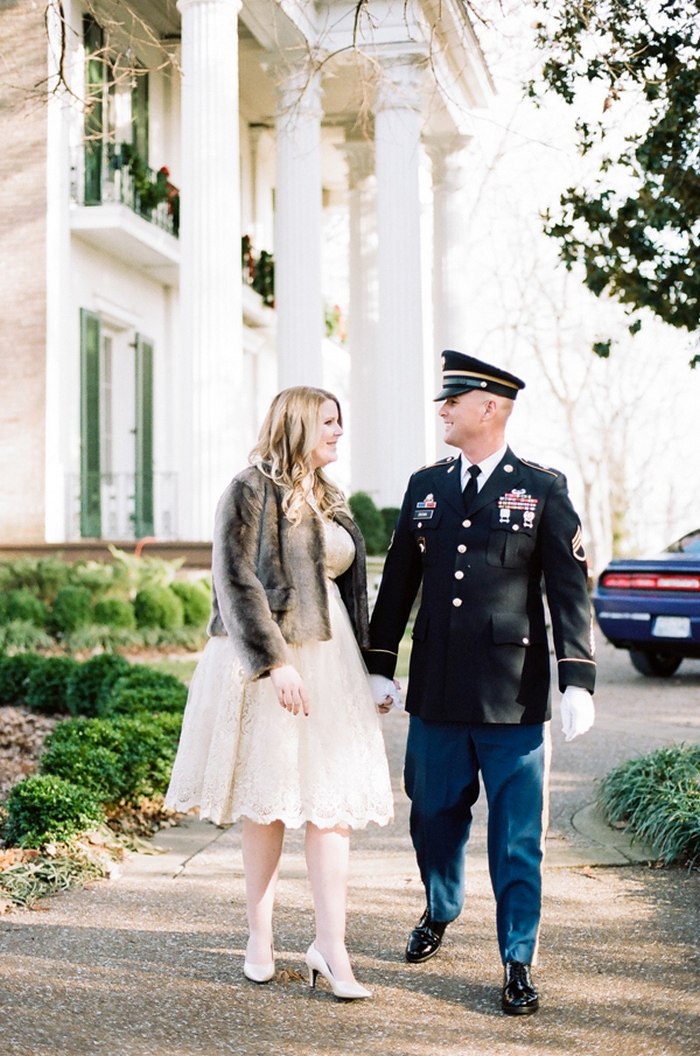 Having just moved to New York from Australia, Lydia and William decided that the time was right to tie the knot! They kept the whole thing a secret from their friends and had to convince their parents not to fly all the way over for the big day, preferring to keep their nuptials as simple and low-key as possible. (Photographed by Jacqueline Patton Photography.) 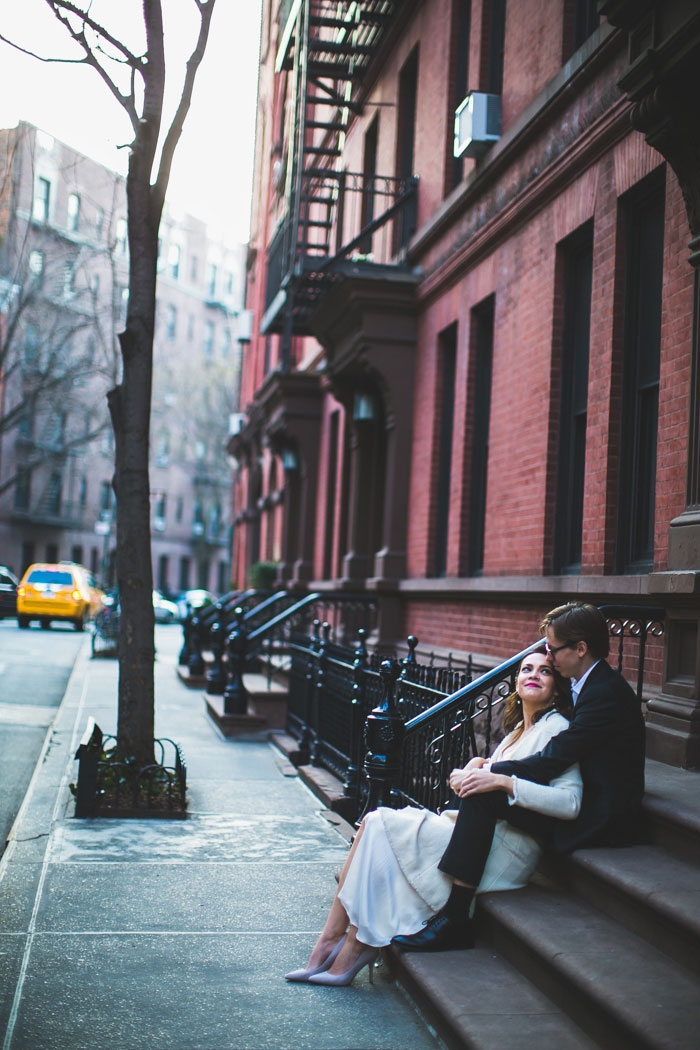 Cragon and Will’s Rocky Mountain wedding was truly a dream come true for any photographer or wedding enthusiast. Their phenomenal style and creativity showed through every detail – from the simple streamers in their ceremony space, to the handmade bouquets and boutonnieres. (Photographed by W & E Photographie.) 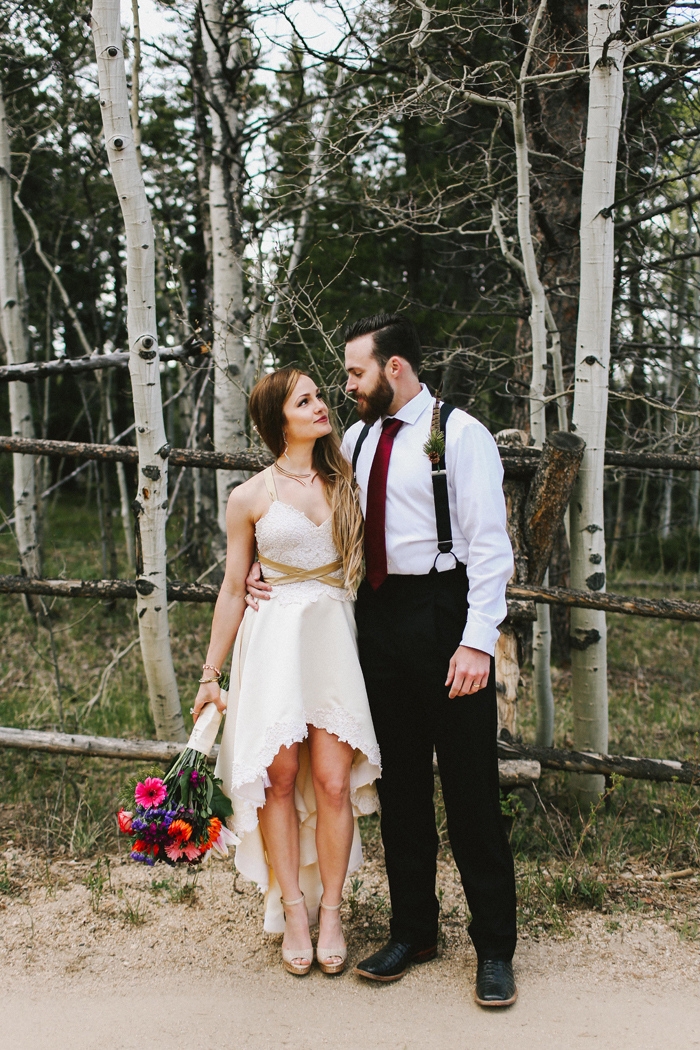 When planning their wedding, Jessica and Tyler quickly realized that their budget was going to be tight, so they decided to choose a couple of things that mattered most to them. With their attention on these details, they were able to let the other less important wedding day items on their list fall away and plan an elopement in the Smokey Mountains. (Photographed by Stacy Paul.) 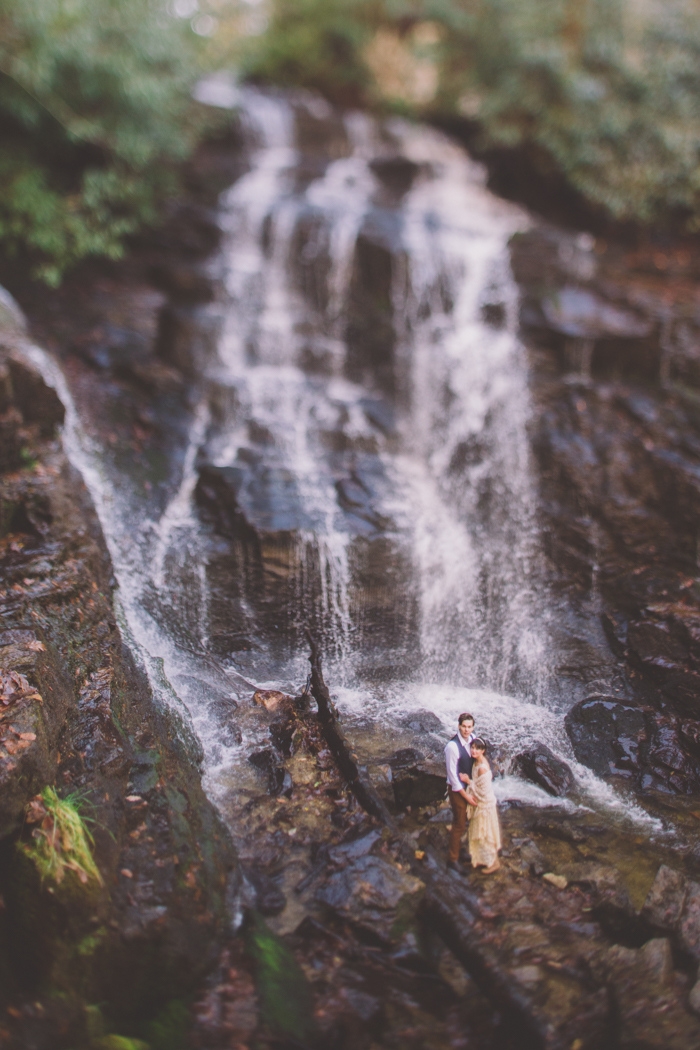 Chelsea and Gabriel decided that their elopement would take place in Scotland, more specifically the Isle of Skye, where the bride and groom hiked to their ceremony spot and said their vows against a background of mist and mountains. In true Scottish form, the weather was wet and foggy – adding mystery and beauty to an already breathtaking location. (Photographed by Anna Urban. 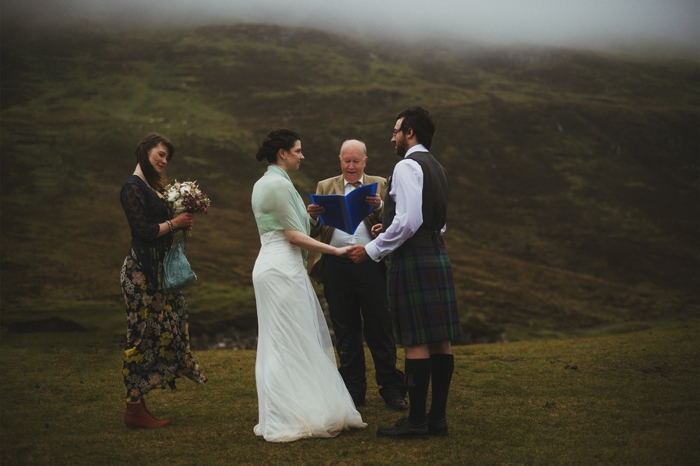 Despite living half a world apart, Cherise and Martin found each other and fell head over heels in love. After talking and dreaming about their wedding for quite some time, the couple finally decided on a pop-up wedding in Las Vegas. Cherise and Martin’s elopement on the El Dorado Dry Lake Bed in Boulder City, is truly one for the books. (Photographed by  Ashley Marie Myers.) 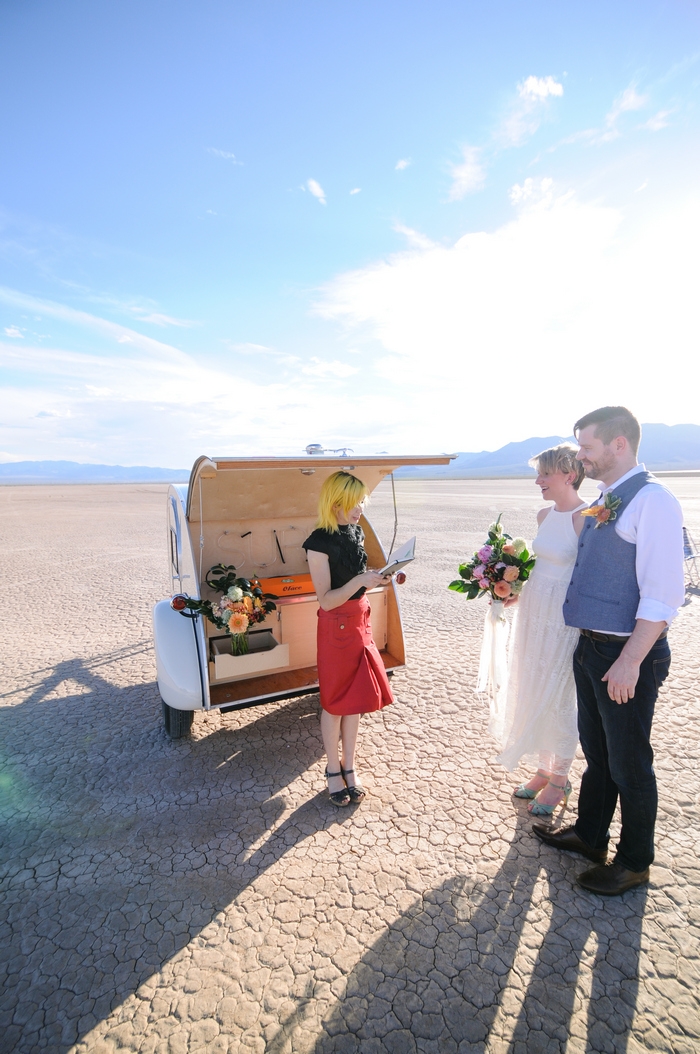 Stephanie and Myles had originally planned a traditional wedding with a 150 wedding guest list. However, after some deep thought, the couple realized that being real with each other during one of the most intimate moments of their lives was more important than hosting a room full of people.  An elopement in Washington at Olympic National Park was the perfect fit. (Photographed by Tyler Ray Photography.) 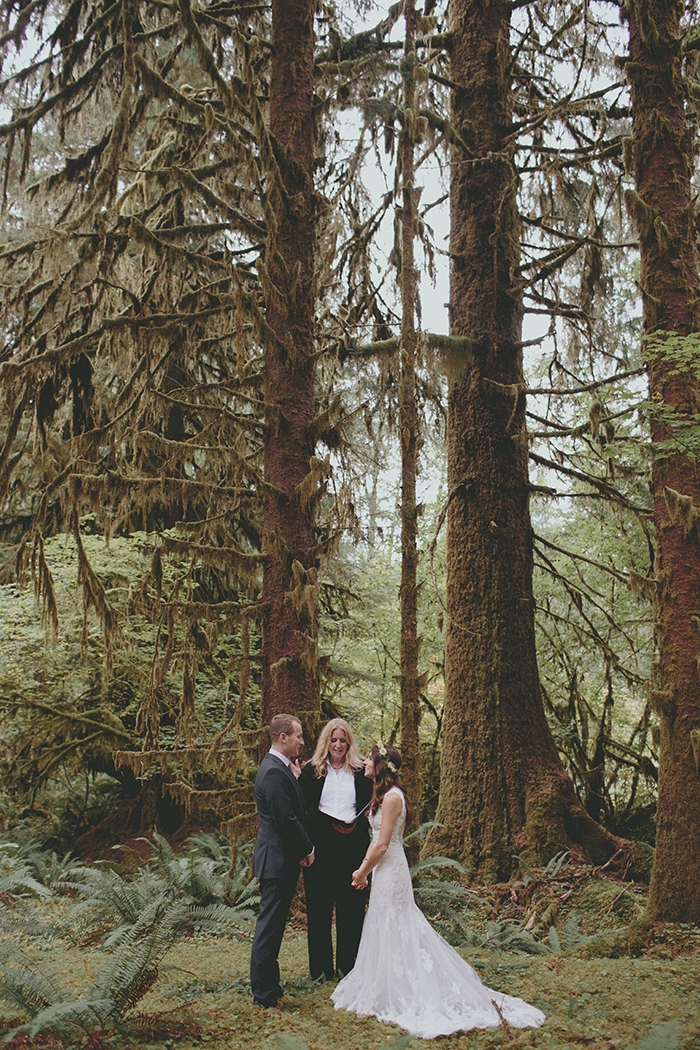 Thinking of eloping in Paris? Matthew and Lindsay just might be the push you need! The couple ran away to Paris with their best friends and closest family members, not only to get married, but to spent time touring Europe before the big day. Genius! Their style could not of been any more Paris chic, and their intimate locations look straight out of a storybook. (Photographed by Greg Finck.) 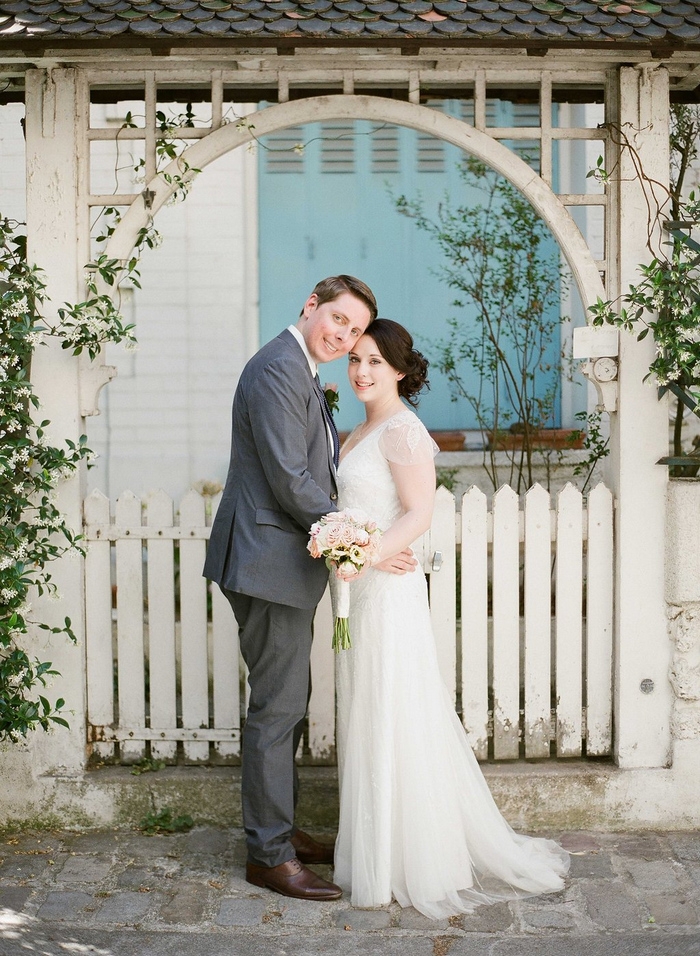 Melissa and Adam’s priorities were very simple when it came to planning their wedding day – they wanted it to be stress-free and about them. They were married at Tumacacori Mission, a beautiful historic landmark located in Tubac, Arizona. (Photographed by Galaxie Andrews.) 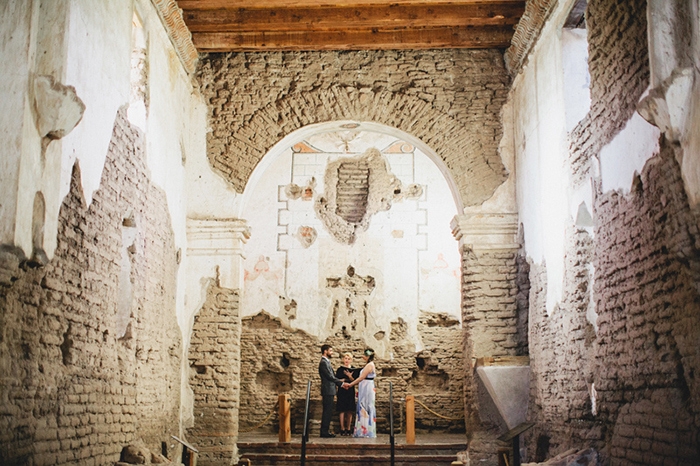 One of the reasons we hear most often for eloping is the couple’s desire for a stress-free wedding day; and Australian newlyweds Aaron and Junyar are certainly no exception. Having both previously been engaged, neither the bride nor the groom were interested in going through the process of planning a big wedding. Instead, they decided to tie the knot while on vacation, keeping it a secret from all, but a select few family and friends. (Photographed by Jenn Beal.) 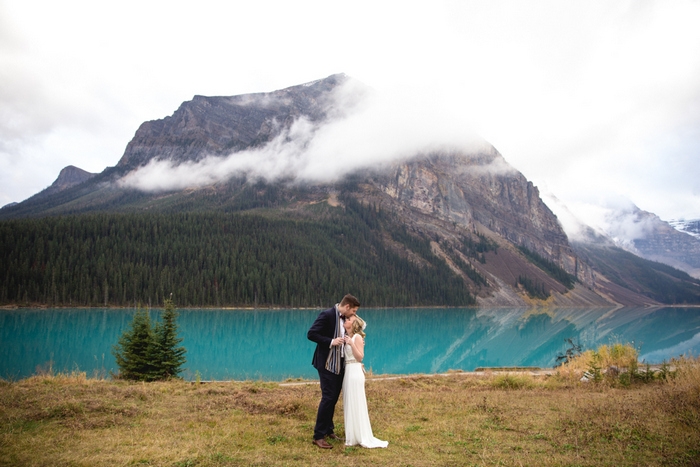 Sarah and Jordan didn’t want an audience at their wedding. They wanted to keep the commitment that they were making to one another front and center; having only two guests enabled them to do just that. Without having to worry about pleasing a room full of guests – not to mention go over budget, the couple was able to relax and enjoy their wedding day without stress. (Photographed by Jamie Delaine.) 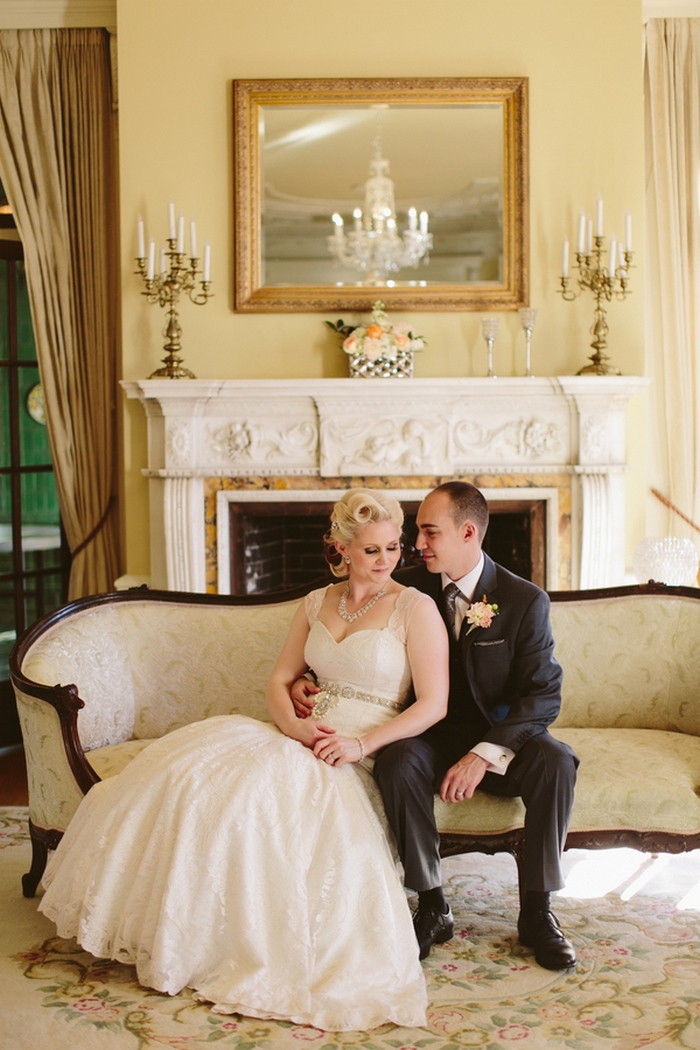 Kristy and Ben’s wedding sounds like a adventurers dream come true. They traded a traditional stateside wedding for a trip to Ireland where the bride and groom got married within the historic walls of Kilfenora Abbey. (Photographed by Sebastian of Art Wedding Photography .) 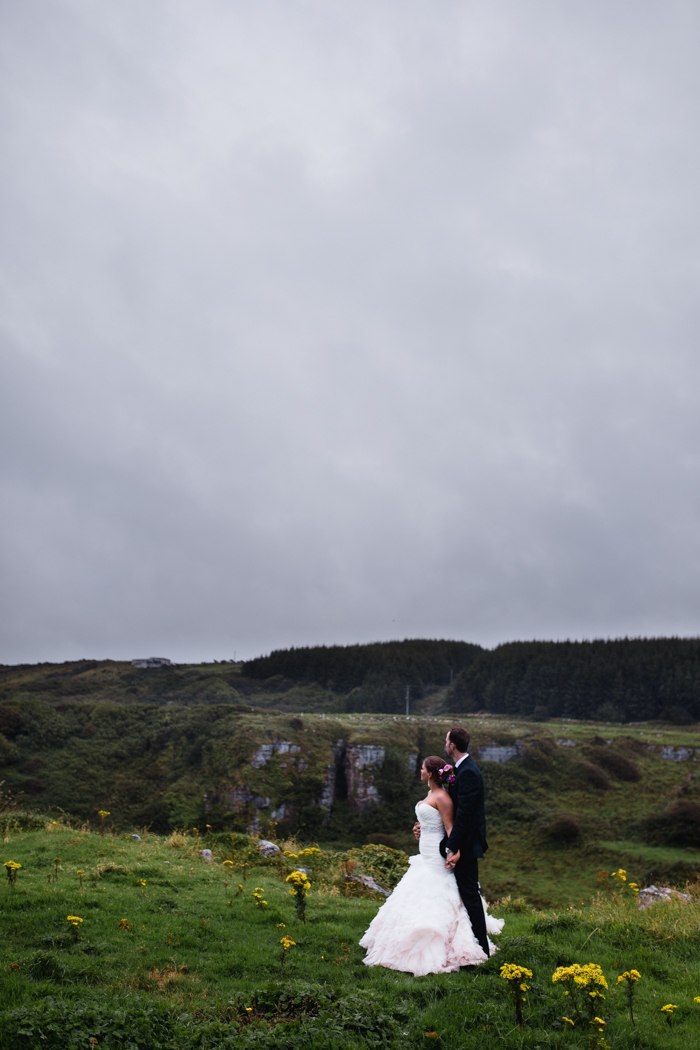 We believe that your wedding day should be the most romantic day of your life, and for Darlene and Eric, it meant escaping to Rome for the wedding of their dreams. Not wanting to burden their family and friends with the cost and the logistics of traveling overseas, the couple eloped. (Photographed by Tala.) 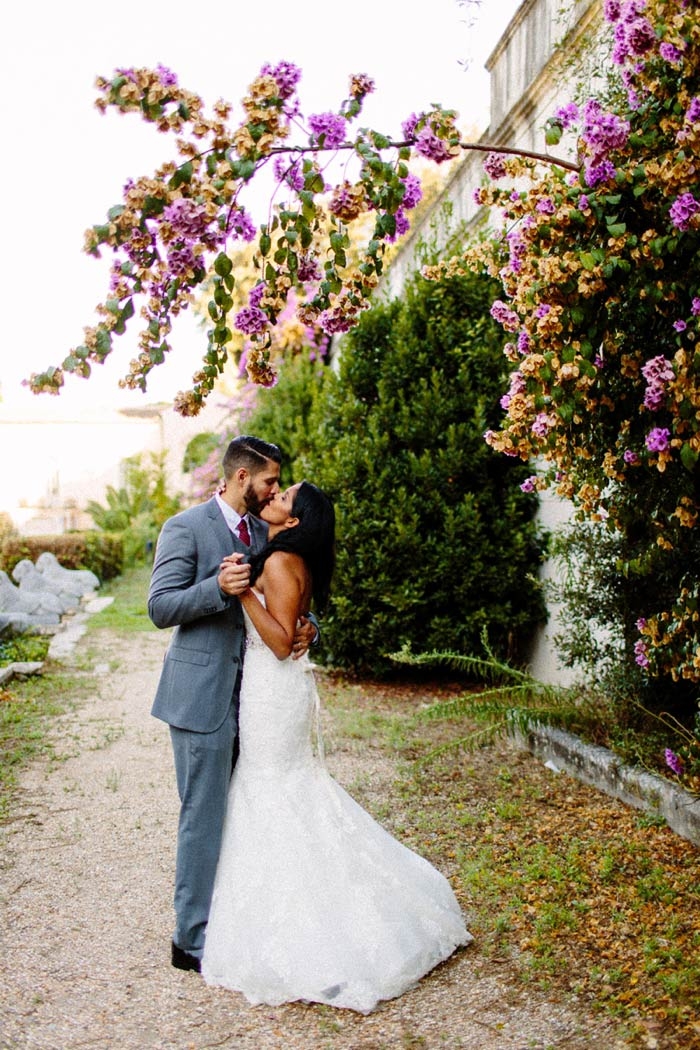 Leslie and Steve knew from the beginning that they wanted an intimate wedding. The fact that the couple had recently relocated to Washington state from the east coast, however, made it challenging for the couple to plan a wedding. Eloping was the perfect solution. (Photographed by Sentiero Photography.) 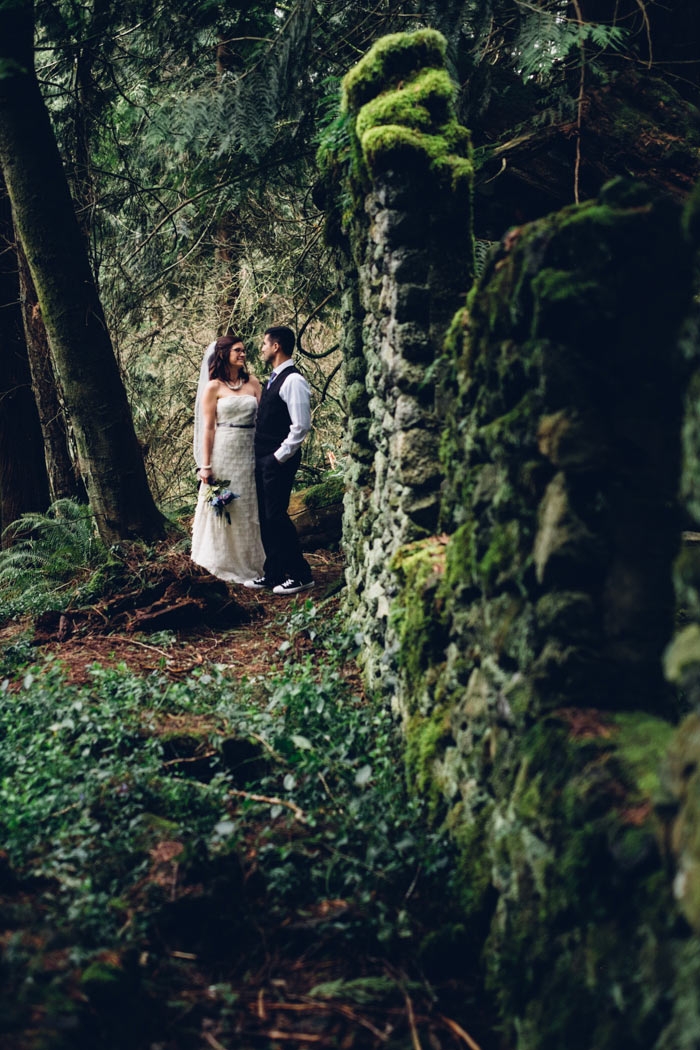 With the support of their family and friends, Alison and Brett jetted off to Hawaii for a romantic elopement ceremony at the stunning Haiku Mill in Maui. While some brides dread the idea of rain on their wedding day, a little precipitation during their nuptials didn’t dampen the spirits of these two lovebirds; in fact, we think it just made their day extra dreamy! (Photographed by Anna Kim.) 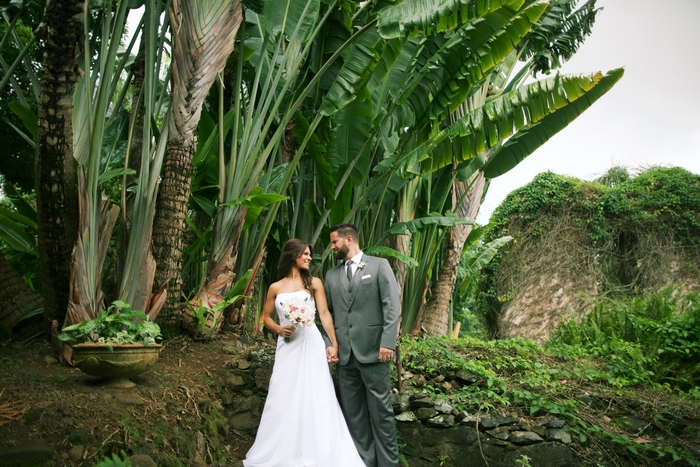 Max and Elizabeth wanted to avoid the drama that can sometimes go hand in hand with a large wedding, but that doesn’t mean they wanted a bare-bones elopement either. The couple chose Paris as their destination of choice and brought a healthy dose of glamour and style to their early morning photo session and elopement ceremony overlooking the Eiffel Tower. (Photographed by Brian Wright.) 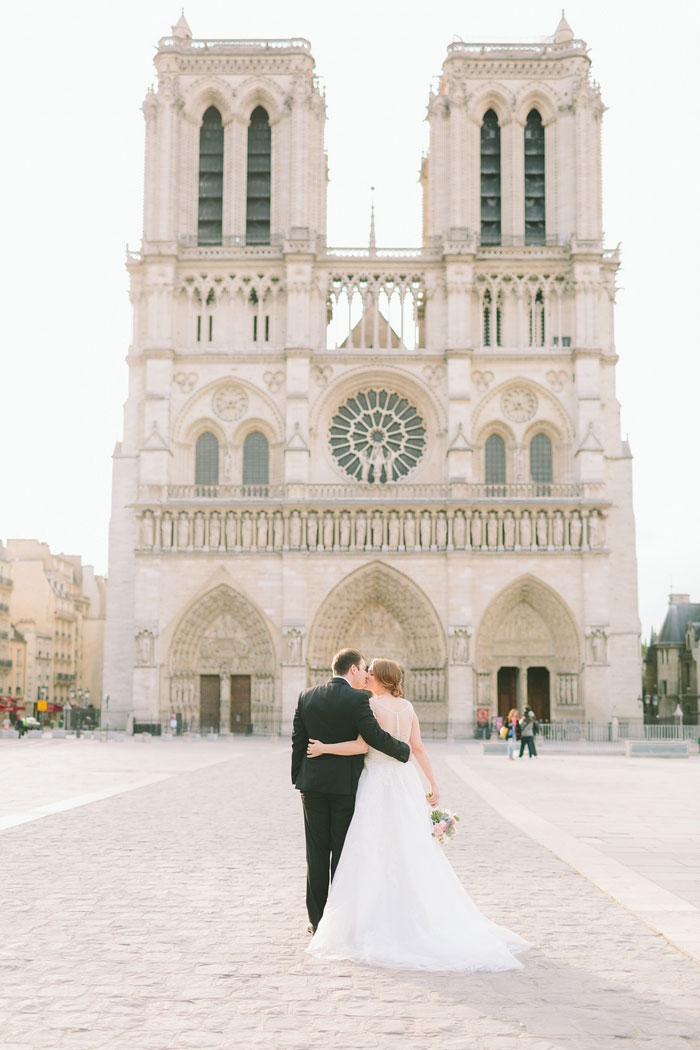 Not wanting to deal with the pressures that come along with having a big wedding, Evan and Emma were originally planning on eloping without any guests, but ultimately the couple chose to include both sets of parents in their special day, and the newlyweds have zero regrets about their wedding day ceremony. (Photographed by Monique Serra.) 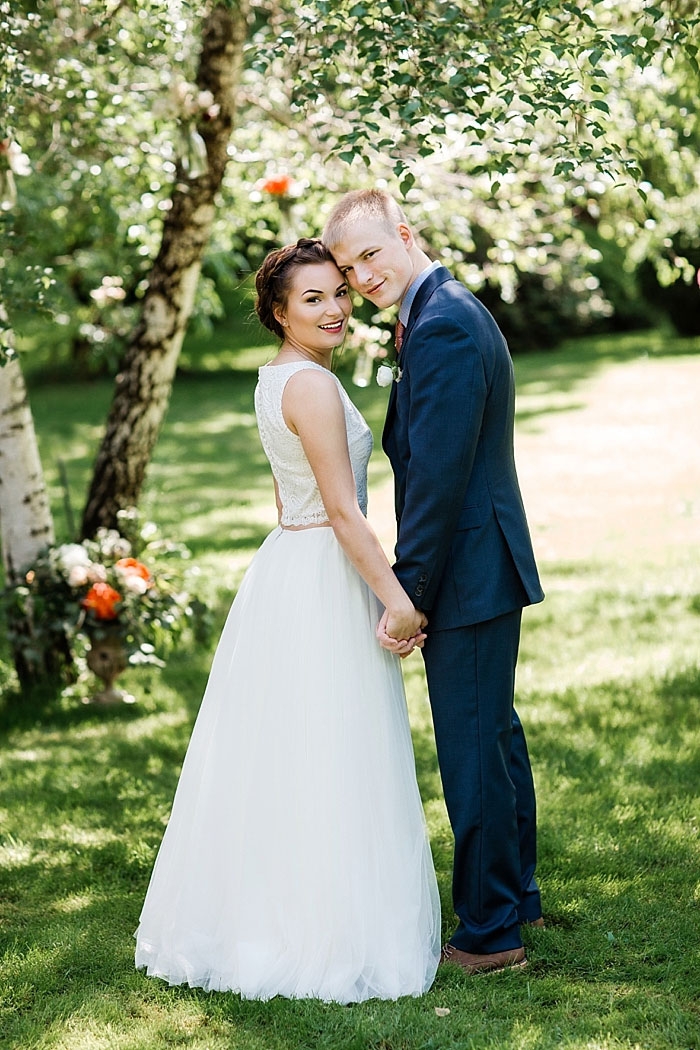 Elizabeth and Richard didn’t run off to Vegas for a drive-thru elopement, but their wedding day was almost as eccentric. The French Quarter Wedding Chapel in New Orleans where the bride and groom tied the knot made for a truly memorable wedding ceremony the couple will never forget.(Photographed by Anna Elizabeth Photo.) 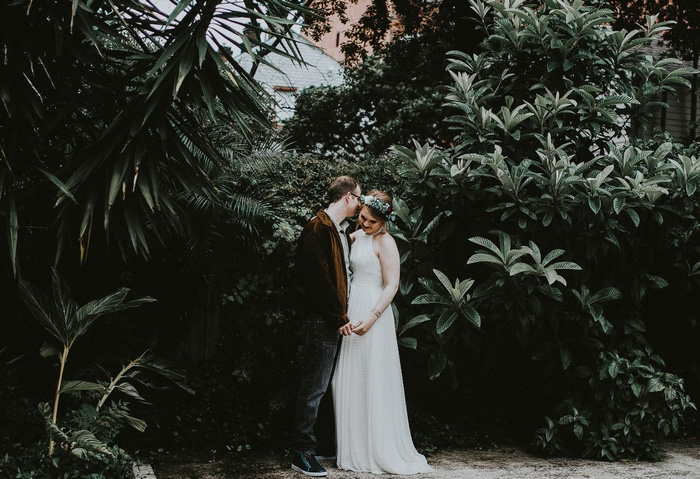 With large families to consider and a big group of friends from all over the world, Ian and Bianca quickly realized that they could either have a grand traditional wedding at home in Australia or they could elope in Paris and spend five weeks traveling through Europe together for the exact same cost. (Photographed by Brant Smith .) 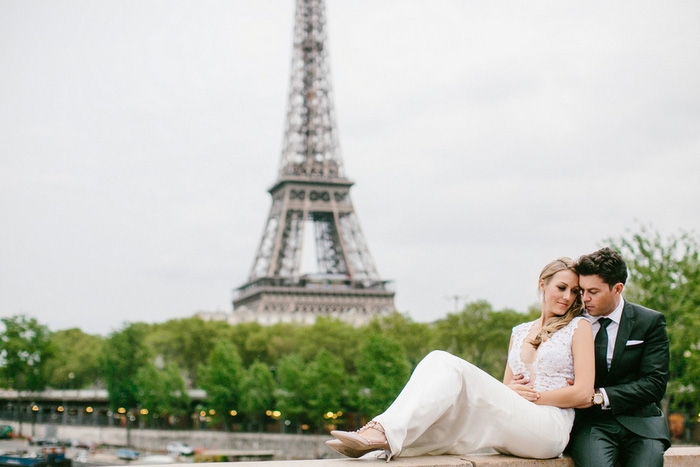 With a baby on the way, reunited college sweethearts Leah and Nick felt that eloping was their best option. With just their immediate family and their son by their side, the couple chose to tie the knot in the small town of Lutsen, Minnesota. (Photographed by Bailey Aro.) 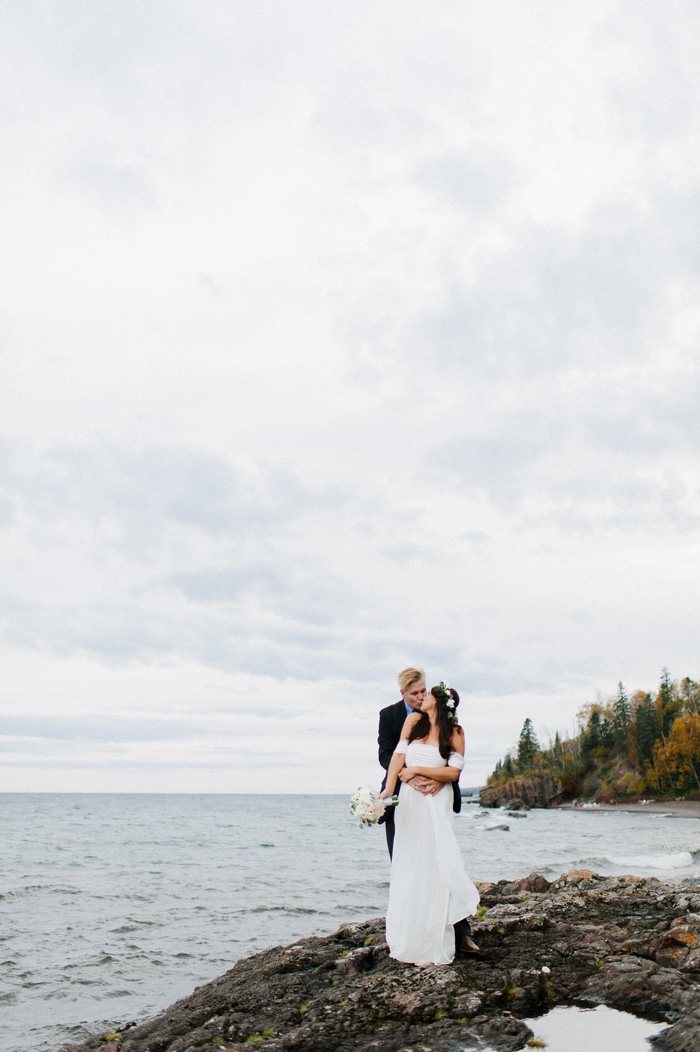